HE was one of the earliest names in the frame for the Dior job and we couldn’t help fantasising about what Haider Ackermann’s work would do for one of Paris’ grandest fashion houses at his show this October.

He moved to Belgium in 1994 to study at the fashion department of the Royal Academy of Antwerp. After working as an intern at John Galliano’s Paris offices, Ackermann became the assistant to his former academy teacher Wim Neels and worked on the Belgian designers men’s and womenswear collections.

There is always an anger to this Columbian-born, Galliano-trained designer’s collections that is both alluring and a touch intimidating – dark colours, deconstruction and roughly pulled up hair imply an inherent aggression that he won’t consider playing to anyone else’s tune – but in this collection we found such beauty in the anger that his status as one of Paris’ most valued talents is absolute.

But for all its moody, cerebral rumblings and exquisitely conceived ideas, it also simply gave you that feeling in the pit of your stomach – so valued during Fashion Week and yet by no means a given: “I want that.” 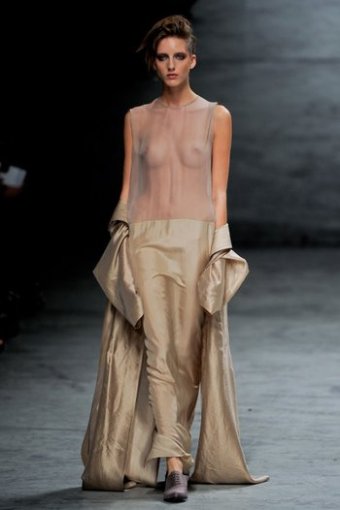 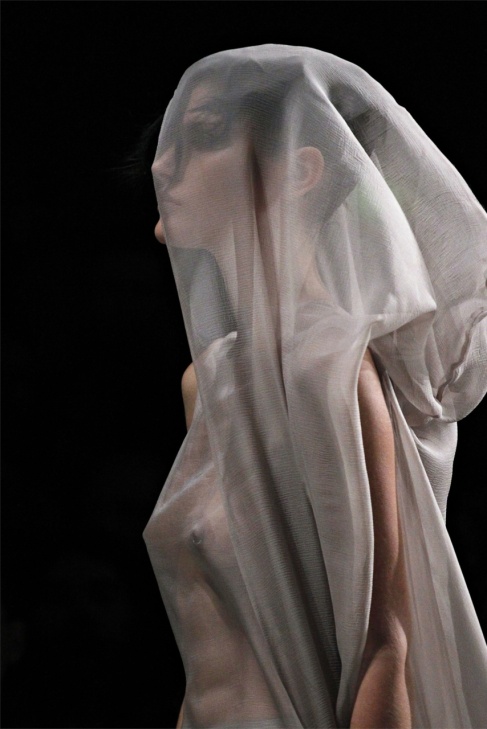 There was a brilliant use of colour: an emerald tux came over olive silk trousers – featuring low crotches or tapered tidily to the ankle – under peacock blue chiffon hooded tops with an ethereal train floating behind: turquoise and blue; ochre and green – they weren’t colours that should go well together but they did, beautifully ! 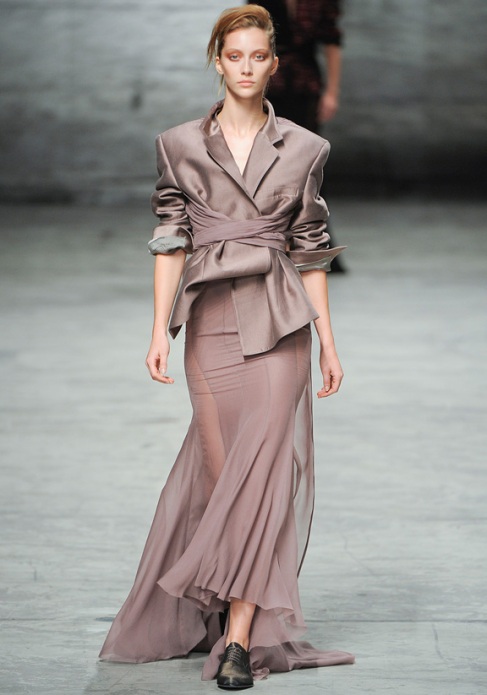 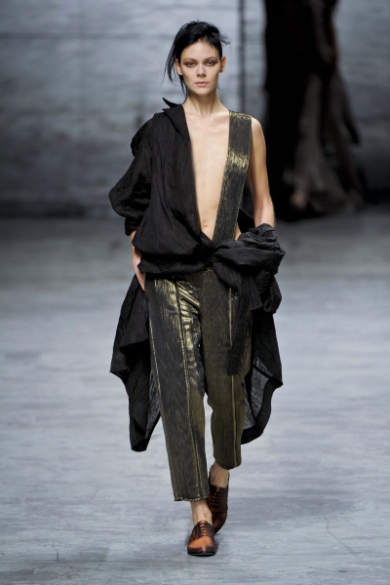 Hooded and veiled, they fell to floor-length skirts that were fitted over the hips and then slipped away to full trains behind – Ackermann can tailor the lightest fabric and the sturdiest  – and he lets them hang in perfect unison so you just want to keep watching to see what else he might do. 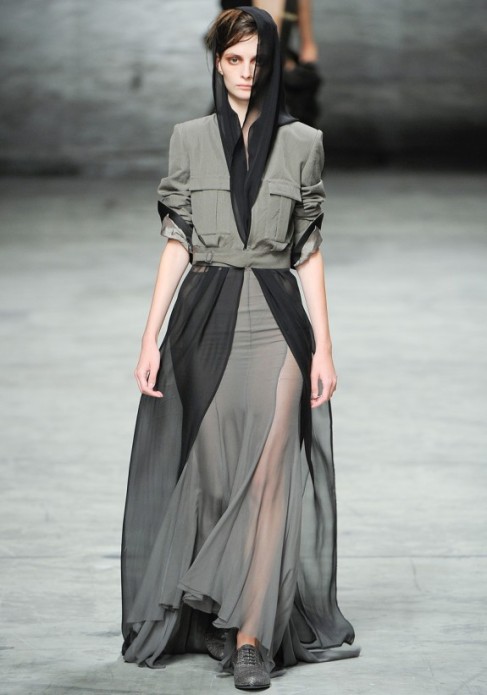 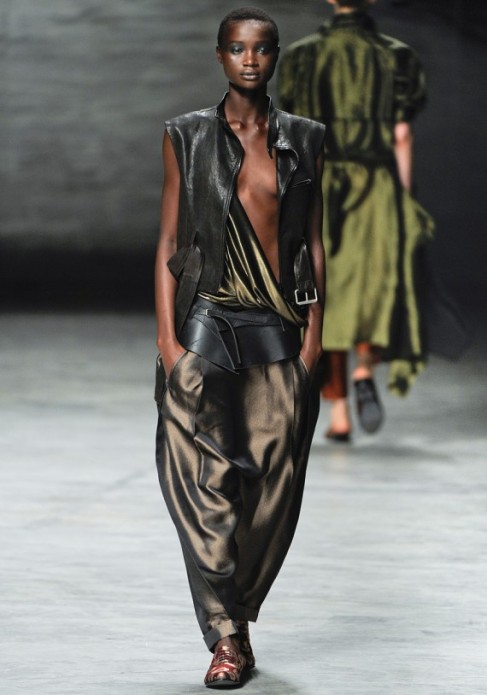 It was modern and glamorous, wearable and absolutely new – a definitive triumph of a show.