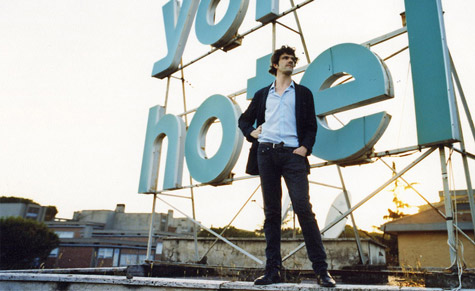 Photographer Alessandro Cicoria atop Rome’s York Hotel, home to his studio and the subject of a series of his works. Photography by Elisabetta Claudio

Milan is Italy’s undisputed design power, but the capital is on the counter-attack and the city’s skilled craftsmen are being enlisted to join the charge. Thousands of years of design practice has blanketed Rome with marble statues and slapped it with a reputation as a hotbed of old-timer output but now that slow is super, and everything old feels new again, this well-preserved city can’t help but have its own creative moment – and no one knows this better than Rome veteran Silvia Venturini Fendi (the third generation creative director of the Fendi empire).

Moonlighting as the president of AltaRoma – an organisation that promotes Roman high fashion – Venturini Fendi (pictured above) is rescuing old ateliers from obscurity and linking them with young talent. ‘I’m pushing to keep certain traditions alive. I think Rome can be the stage for what I call “neo-couture”, and it’s not just related to fashion,’ she says.

Indeed, young designers and artists from all fields are discovering the old, laborious traditions found under their noses, and are using elements of these to create extraodinary new work. ‘This is the only city in the world where you find workshops in the city centre,’ says Brazilian designer Humberto Campana , who last year had a creative reawakening while on sabbatical in Rome. ‘Young creatives are realising the intrigue of unique objects made in limited editions,’ says Venturini Fendi. ‘And Rome is the ideal place for this.’

Take her tour of the studios of some of the city’s most interesting designers and photographers.