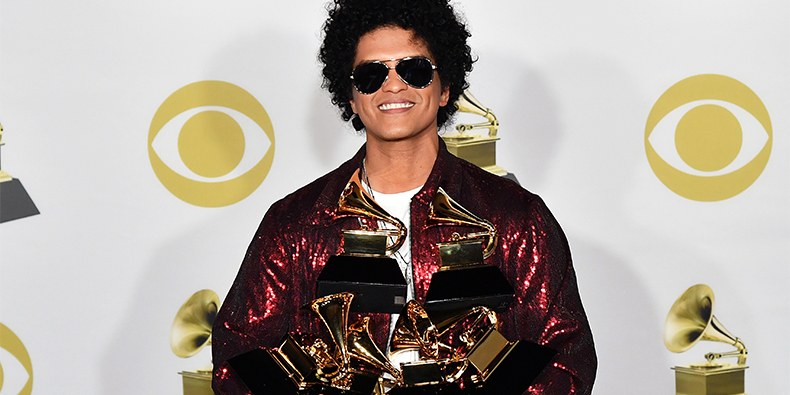 Sunday night saw the 2018 Grammys awards, with an emphasis on a more diverse group of artists being nominated for awards however, the night belonged to Bruno Mars, who picked up Record and Album of the year, and Kendrick Lamar, who picked up Best rap song and performance (amongst other awards).

Along with the awards was an array of live performances by artists. Kendrick Lamar opened up the awards with an iconic and electrifying performance which saw political undertones and an unconventional set- but one which had huge meaning behind it.

His set, which included songs like “LUST”, “DNA” and “HUMBLE”, were broken into verses with Dave Chappelle interrupting songs to say things like: “I just wanted to remind the audience that the only thing more frightening than watching a black man be honest in America, is being an honest black man in America. Sorry for the interruption. Please continue.” His performance blew many of the audience away however, with Bruno Mars winning in the major categories, the Grammys failure to reflect culture in America was called into question.

The big live performance of the night was the incredible and emotional Kesha performance, which brought the #MeToo movement to the Grammys with a powerful rendition of ‘Praying’.

Her performance, supported by an array of stars all dressed in white, was particularly poignant after her legal battle with former producer Lukasz Gottwald who was alleged to have sexually abused her (He denies these claims).

The 2018 Grammys, like so many events this past year, were marred with some controversy, especially with the failure to reflect culture in the USA. Even more explosive was the inclusion of Hillary Clinton reading ‘Fire and Fury’ which caused huge uproar amongst politicians.

However it also saw the big movements of 2017 gain momentum in the music industry and shift the focus onto women in the workplaces and their safety.

Stars wore white roses to symbolise solidarity and there was air of change at the awards, with a performance by U2 highlighting the immigration crisis in America and the set to commemorate those who died in the Las Vegas concert shooting and the Manchester Arena bombings, all having a sobering effect.

For more on the winners and the awards ceremony click here.