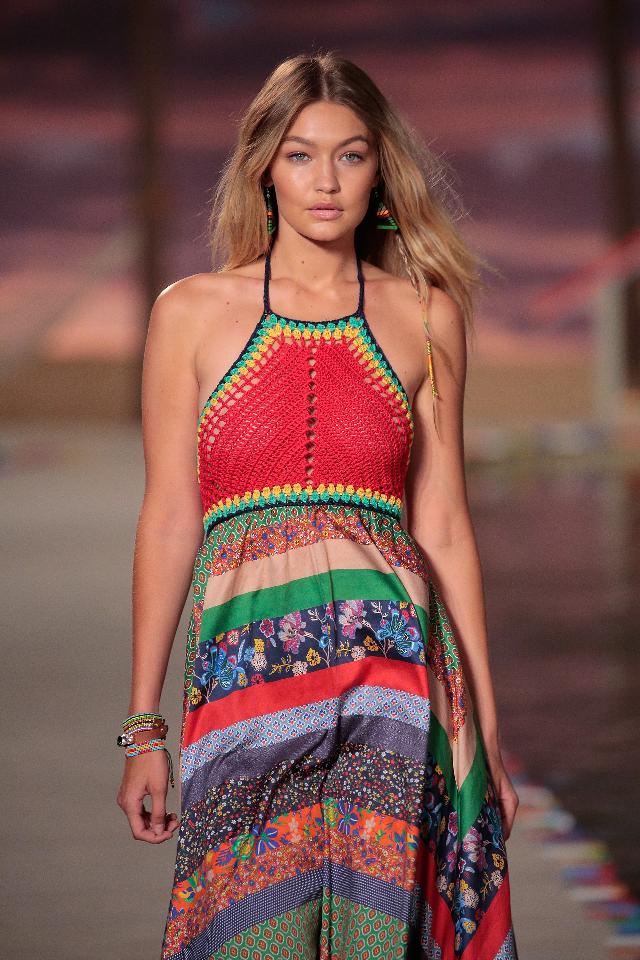 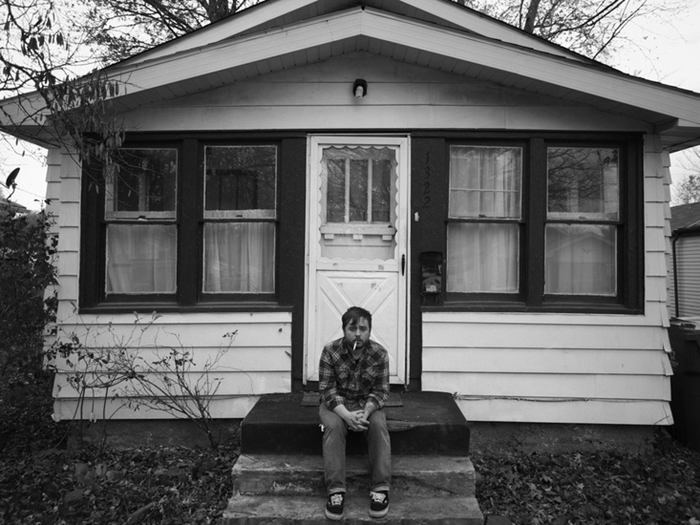 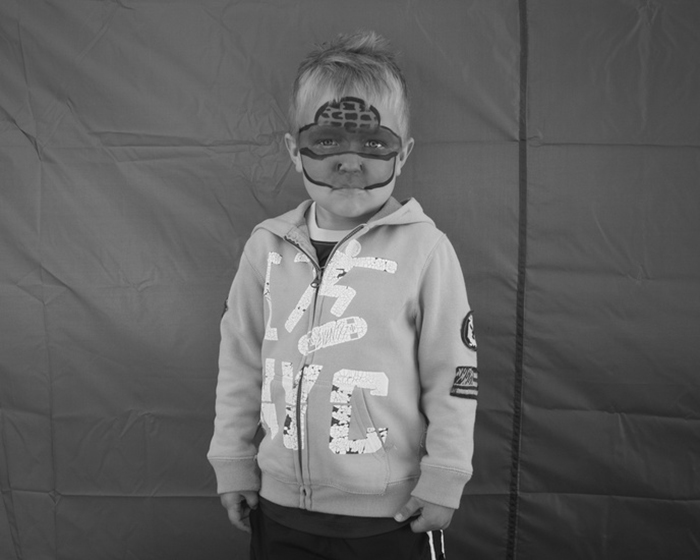 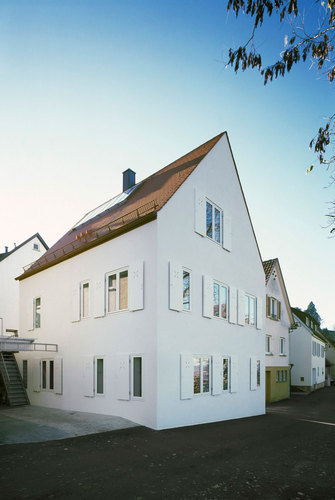 In a heritage listed environment at the foot of the vineyards on the Rotenberg, this new home for a young family has been created. The historic building law with cultural heritage constraints and the difficult dimensions of the building grounds were initially quite an obstacle and did restrict the wishes of the building owners. Within these narrow constraints a pure home is created, a home with frugal details and apt quotes of past building traditions. 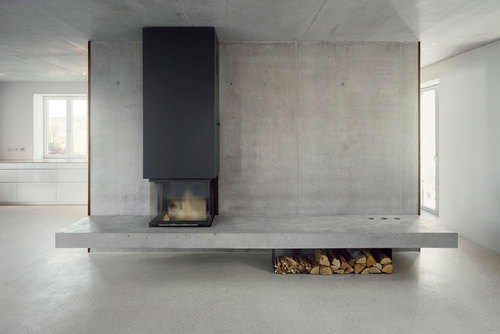 The shell of the home is all white. It is intended to trace the historical setting demanded by preservation of historical monuments and to illuminate it in it´s new glace. A single format for the windows with clean shutter elements opens up the facade and acts as frame for the desired vistas of the vineyards. Narrow frame profiles and flush windows give the home`s shell a skinlike apearance. The shutters` design contains historic ornaments, creating a connection to the building`s predecessor. 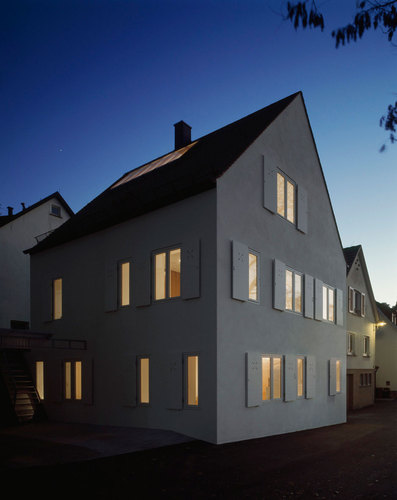 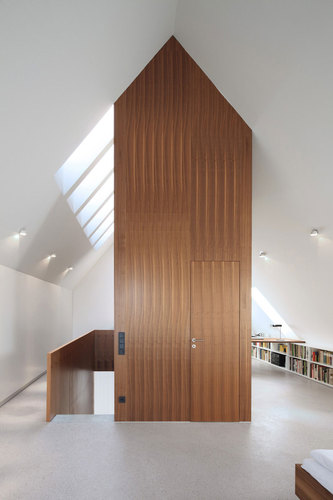 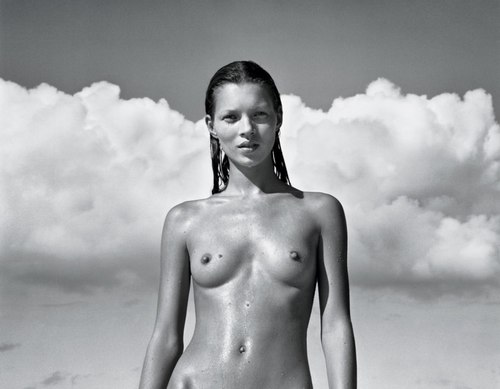 I wanted to create an ultimate wooden architecture. I thought through this bungalow, which can be considered as a small and primitive house, it was possible to do a primitive and simultaneously new architecture. 350mm square profile cedar is piled endlessly. At the end of the process appears a prototypical place before architecture became architecture. 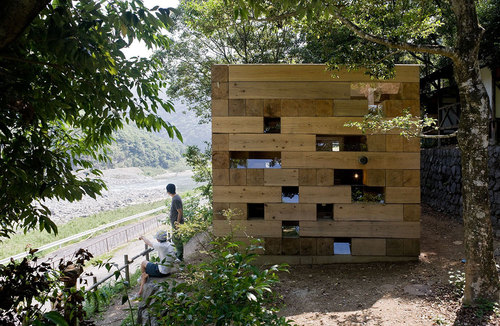 Wood is amazingly versatile. Due to its versatility, wood is used in a conventional wooden architecture by intentional differentiation in various places. Not only in structures, such as columns and beams, but it can also be used in everything else from foundation, exterior wall, interior wall, ceiling, flooring, insulation, furniture, stairs to window frames. I posit that if wood is indeed multifaceted, then conversely it should be possible to create architecture that fulfills all functions by one process, and by one way of using woods. It is an inversion of versatility. From that originates, new architecture that maintains an undifferentiated condition of the harmonized whole before function and role underwent mitosis. 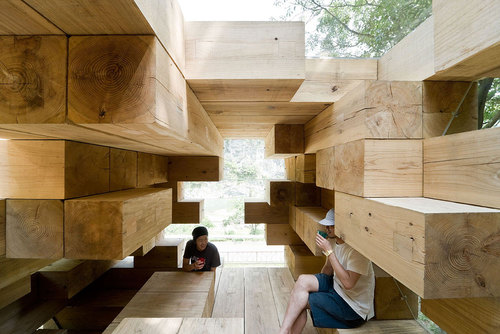 350mm square profile cedar has an amazing impact. It transcends what we usually call “wood” and becomes “an existence” of an entirely different material. While the dimensions adequately display its materiality as wood, 350mm squared is simultaneously the dimensionality directly corresponding to human body. Thus, three-dimensional space is created out of 350mm increments. This stepped space was a long fascination of mine for couple of years as its defining characteristics are the generation of a sort of spatial relativity and a new sense of various distances unachievable by coplanar floors.

There are no categorization of floors, walls, and ceilings here. A locality that was thought as a floor transforms into chairs, ceilings, and walls from different perspectives. Floor levels are relative and people reinterpret the spatiality according to where they are. People are three-dimensionally distributed in space and will experience new sensations of depths. Spaces are not divided but is rather produced as a chance occurrence within fusing elements. Inhabitants discover various functions within those undulations. It is a place akin to nebulous landscape. This resonates with the undifferentiated condition of above-mentioned architectonic elements. Both as a constructional methodology and experiential space, this architecture is synthesized by the fusion of various undifferentiated elements. Here, conventional rules of architecture is nullified. There is neither a plan nor a stabilizing point. This is possible purely because the wood is that versatile. Perhaps it is only possible with wood to be simultaneously the insulation and the structure, the finish and also the furniture. By being composed of the wooden blocks instead of slabs, the method of creating the undifferentiated condition was made clear. 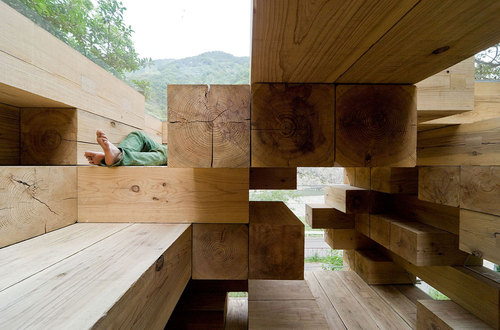 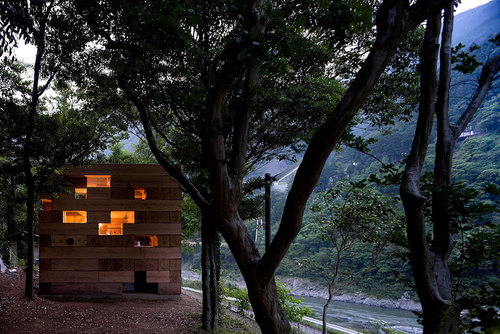